The Times They Are A-Changin’


Half a century ago, Bob Dylan shocked the music world by plugging in an electric guitar and alienating folk purists. For decades he continued to confound expectations, selling millions of records with dense, enigmatic song-writing.  Now, this poet laureate of the rock era has been rewarded with the Nobel Prize in Literature this year, an honour that elevates him into the company of T. S. Eliot, Gabriel García Márquez, Toni Morrison and Samuel Beckett. At 75, he is the first musician to win the award, and his selection is perhaps the most radical choice in a history stretching back to 1901. In choosing a popular musician for the literary world’s highest honour, the Swedish Academy, which awards the prize, has dramatically redefined the boundaries of literature, setting off a debate about whether song lyrics have the same artistic value as poetry or novels. 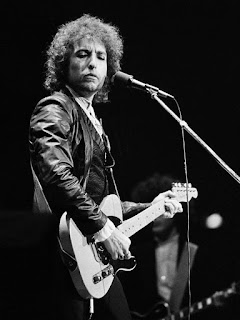 In this issue of Simollanghan, we acknowledge and applaud this ground-breaking history with one of Dylan’s own timeless songs, The Times They Are A-Changin’

Dylan wrote the song in the September of 1963 as a deliberate attempt to create an “anthem of change”. According to him, it is “about the people who don’t take you seriously but, expect you to take him or her seriously.” From the youth’s point of view, this incorporates everyone from parents to teachers, from those who programme TV channels to politicians. And yet, what has been called one of the most famous protest songs of all times isn’t really protesting anything.  It is rather saying, “it’s time to wake up, the world has moved on”.  It is a song about perception.  You don’t have to arise up and overthrow the evil empire, but rather just admit that the world has changed irrevocably.  So be careful – it might just pass you by, and you might just be left wondering where the old world went.

Email ThisBlogThis!Share to TwitterShare to FacebookShare to Pinterest
Labels: कविता