Abhijeet Safai has been selected as an election committee member for elections at Wikimedia India (the Indian chapter of Wikimedia foundation which runs Wikipedia).
Abhijeet said, “My responsibility will be to conduct upcoming Wikipedia foundation elections of India chapter. It shows that they trust me that I will be able to conduce impartial elections. The India chapter is formed by community elected representatives. I fought the election in past but failed to be a chapter member. But have received this bigger responsibility now, so I am happy.” 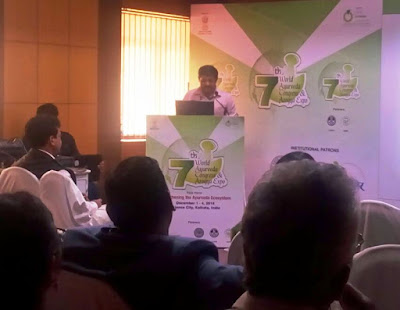 Abhijeet was also invited as a speaker to conduct a workshop on Wikipedia editing at World Ayurved Congress, Kolkata in December. “It was an event in which Ayush department of Government of India and many state governments were involved. Dr. Girish Tillu from Pune coordinated this workshop. About 30 participants were involved for the workshop. Many genuine quires were asked and some debates happened. I tried to answer the queries as per best of my knowledge. It was a nice experience” Abhijeet added.
Heartiest congratulations to Abhijeet and all the best for his work ahead!!